Controlling thrips: everything you need to know to keep this pest at bay 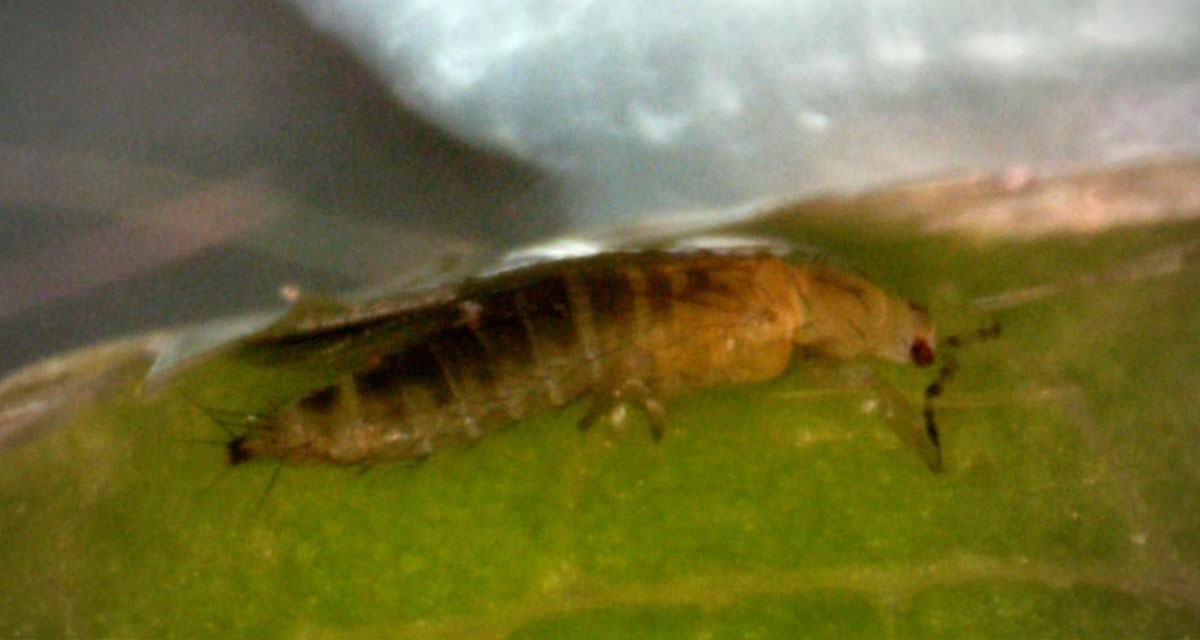 Little but lethal, that's exactly what thrips are, and one of the biggest headaches for farmers due to the havoc they wreak in a wide variety of crops, including numerous horticultural and ornamental species.

Controlling thrips is essential in order to preserve the health of crops,  and these measures range from early detection, culturally-rooted practices, biological control with auxiliary insects and, when necessary, shock treatments. Along these lines, Seipasa has developed Pirecris, an insecticide to combat thrips that has a powerful shock effect and produces a rapid reduction in pest populations.

As always in agriculture, observation and alertness to any signs of pests are still a farmer's best ploy, beginning by checking flower buds, as this is where the females tend to lay their eggs. The Frankliniella occidentalis, the scientific name with which the western flower thrips is known, feeds on plant tissue: it bites through the cells of surface tissues, sucks out their contents and causes discolouring, deformation and spots on the skin of fruits.

In grapevines, for example, attacks can occur as early as when the first bunches appear. The female lays her eggs on the skin of the grape berries which are very fragile at this phenological stage. This action causes a small lesion that will eventually lead to the berry splitting open when it swells. In vegetable crops the symptoms are also easy to identify by silvery grey spots that gradually darken as they cause the necrosis or death of plant tissue.

How to control thrips

Thrips are characteristically greyish or brownish in colour, between 1 and 2 mm long and evolve through various stages before reaching adulthood. Optimum conditions for their development are temperatures of between 20 and 25ºC although higher temperatures can accelerate their life cycle. These insects move quickly either in short flights or swept by the wind which allows them to spread easily from one crop to another.

Culturally-rooted practices are applied to control thrips such as checking and taking maximum precautions at entries and openings in commercial greenhouses, fitting meshes, weeding and removing any remains of crops that may harbour this pest or by using chromotropic traps to monitor their presence. Likewise, in some crops, such as horticultural crops, the use of beneficial insects for biological pest control is recommended for cases of moderate infestations of thrips.

When the goal is to reduce populations quickly, integrated pest management systems often use insecticides as an aid to control and combat thrips. Pirecris, a bioinsecticide developed by Seipasa,  has a powerful shock effect on this pest.

Pirecris provides a strong insecticidal effect that acts by blocking the insect’s respiratory system, causing its death. The product acts on the eggs and larvae, resulting in a very significant reduction in the numbers in new generations.

Graph 1 shows the results of a test carried out in rose cultivation to control the Frankliniella occidentalis species. After 2 applications with an interval of 7 days, Pirecris reduces the presence of thrips by 85%, three days after treatment.

Graph 1: evolution of the thrips population

This insecticide has obtained phytosanitary registration for thrips, aphids, whitefly or Cicadellidae in a wide range of crops and countries, such as Spain, Italy, Portugal, Greece, Cyprus, France, Mexico, Colombia or Morocco.

Pirecris is designed based on an exclusive formulation thanks to the perfect balance between PI and PII molecules that form the active substance and that afford maximum insecticidal efficacy, both for field crops and greenhouse crops.

The micro-molecules in its formulation condense and generate a stable, balanced network throughout the solution, providing perfect coverage of the leaf and insect.